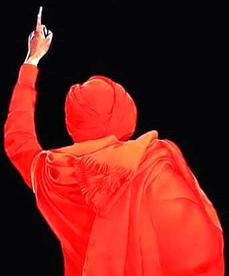 Sufi music is the devotional music of the Sufis, inspired by the works of Sufi poets, like Rumi, Hafiz, Bulleh Shah, Amir Khusro and Khwaja Ghulam Farid.

Qawwali, Naats, Manqabats are some of the most well known form of Sufi music, and is most commonly found in the Sufi culture in South Asia.
However, music is also central to the Sema ceremony of the whirling dervishes, which is set to a form of music called Ayin, a vocal and instrumental piece featuring Turkish classical instruments such as the Ney (a reed flute).

The West African Gnawa is another form, and Sufis from Indonesia to Afghanistan to Morocco have made music central to their practices.
Sufi love songs are often performed as Ghazals and Kaafi, a solo genre accompanied by percussion and harmonium, using a repertoire of songs by Sufi poets.

Compositions and lyrics combined with NEMAT’S soulful singers and traditional instruments like Harmonium, Tabla, Dholak, Banjo and Claps are enough to take you into trance…
Multiple languages are used while performing like Urdu, Hindi, Brajbhasa, Punjabi, Persian, Saariki etc. Classical singing is also important part of this singing….

Do invite us to feel the music emerging from within you…..